When insurers won’t pay for treatments, Mr. Romano advises, negotiates and appeals the decisions. In some cases, he even persuades nurses, rehabilitation centers and other long-term health-care providers to treat his clients at no charge while he pursues personal-injury suits that he hopes will pay the doctors back. To get care, “you have to be aggressive, and use the law to help you,” says the 44-year old attorney.

A law practice like Mr. Romano’s, at Rosenstein & Romano, the Norristown, Pa., law firm where he is a partner, could have sprung up only in today’s health-care environment, doctors say. Dazzling but costly improvements in medical technology – such as artificial skin for burn victims and programs to stimulate brain activity in coma patients – are allowing injured people to live longer or recover more fully.

At the same time, the insurance system has become more cost-conscious, forcing patients to scrap for every penny. So more people are turning to lawyers to help them with everything from reading contracts to taking insurers to court when they are denied care.

“A lot of patients feel vulnerable and perceive that advocacy can help them,” says Arthur Caplan, director of the center for bioethics at the University of Pennsylvania. “I think lawyers of this sort have a future in doing these battles.”

Mr. Romano provided his brand of full-service law to Mary Ann Golobek of Bensalem, Pa. When her husband, David, suffered severe brain injuries in an auto accident on his way to work, his auto insurer, Harleysville Group, Inc., balked at paying for any of the treatment amid questions over which of Mr. Golobek’s insurance policies – auto or workers’ comp – was responsible for coverage. With her husband’s care in limbo, and treatment programs unwilling to even evaluate him without a commitment to pay, Ms. Golobek hired Mr. Romano.

“I was getting desperate, thinking I had thousands of dollars (in bills) at my house after five or six days, and I had nowhere to turn,” says Ms. Golobek, a 39-year-old nursing instructor.

In negotiations with Harleysville, Mr. Romano established that the company was the primary insurer, but it couldn’t cover all the treatment. The policy has a limit of $50,000 a year – for care that cost about $100,000 a year, covering such things as medical supervision, speech therapy, physical therapy and psychological care.

So Mr. Romano got Beechwood Rehabilitation Services in Langhorne, Pa., to treat Mr. Golobek on contingency, while Mr. Romano sued the owners of the truck that allegedly caused the accident. If he loses, Mr. Romano won’t get paid, and the doctors will get only the $50,000 a year from Harleysville. If he wins or reaches a settlement, Mr. Romano keeps a third of the payment, and the rest goes toward the family’s medical bills.

Harleysville officials declined to comment on the case, citing their involvement in pending litigation against another of Mr. Golobek’s insurers. Beechwood wouldn’t discuss the financial arrangements in Mr. Golobek’s case, but confirmed that it sometimes takes a patient without immediate payment while a liability case is pending.

It isn’t easy to get doctors to wait for pay. But Mr. Romano, universally described as aggressive and articulate, makes a convincing argument. In the case of Destiny Weightman, a child who suffered brain damage when she nearly drowned in a pool, Mr. Romano asked Bayada Nursing Agency of Moorestown, NJ, to care for the child. Mr. Romano described to the home-care group, a strong case he was filing against the apartment complex that owned the pool and the company that provided the lifeguard. He also pointed out that “if the case is successful, (Bayada would) get paid dollar for dollar. A normal health insurance company negotiates people down.” 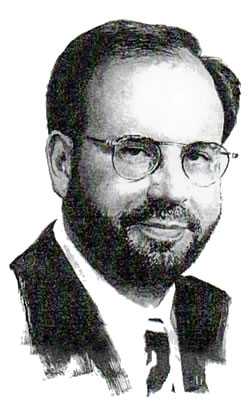 “What people don’t realize is that obtaining health insurance benefits is an adversarial process.”

In the end, says Bayada’s founder, Mark Baiada , “we did it to help the child.” As for the risk, he adds that today, plenty of insurers refuse to pay for care.” We are at risk in many cases,” he says, “Every time you’re dealing with insurance companies, you’re in an unsure world.”

In Destiny’s case, the risk paid off. Mr. Romano and co-counsel Shanin Specter won a sizable $24.3 million personal-injury verdict in 1995, though the amount was later reduced to $10 million. Bayada got its payment and some good publicity – and Mary and Robert Weightman, of Norristown got funds to care for their daughter, now seven, for the rest of her life.

Of course, such service from a lawyer rarely comes without a price, and Mr. Romano makes a comfortable living from his practice. He and Mr. Specter, for example, divided $3 million from the Weightman case. Such fees – 30% of the settlement – are standard, says Mr. Romano, who still lives in the unpretentious town where he grew up but these days drives a 1994 Mercedes S300.

When it comes to routine medical disputes, some people believe that lawyers shouldn’t be involved. “Lawyers are the last people who can mediate well,” says Jeffrey O’Connell, a professor at the University of Virginia’s law school. “They like to fight.” Other lawyers note that state health commissions and nonprofit groups can provide advocates for a lot less money than lawyers charge.

Mr. Romano agrees that patients can do plenty of things on their own, without a lawyer, to appeal treatment decisions. To start with: While most people are issued a booklet with a sketchy description of benefits, they can demand, and are entitled to have, the master provider agreement, the document containing the fine print of the whole policy.

The master agreement defines such terms as “medical necessity”, “durable medical equipment” and “custodial care”. It also spells out in greater detail the limits on coverage – for instance, specifying 10 days of outpatient therapy for certain injuries, or allowing coverage for a regular wheelchair but not a motorized one. In one case Mr. Romano tried, an insurance company denied a claim for injuries a patient suffered while riding an off-road all-terrain vehicle. The patient’s family didn’t know the master agreement contained a specific exclusion for injuries from ATVs.

Patients can also ask for the names and qualifications of the health plan’s experts who decide which treatments are warranted. They also can ask how many times these doctors or others have made such decisions and how many times they have ruled in favor of the insurer.

If the system is set up to deny benefits arbitrarily, Mr. Romano says, the insurer is acting in bad faith – and can be taken to court. “By doing all this, you increase the chances that they’re going to decide in your favor,” he says. If they turn the decision down, you’re ready for the appeal.”

The most important thing to understand, he says, is that patients need an advocate – if not a lawyer, a family member – to look out for their interests in the managed care process. “All these people who are hired by managed care do not owe a duty to the patient, ” he says. “What people don’t realize is that obtaining health-insurance benefits is an adversarial process.”

Mr. Romano says he spends half of his time on activities to educate the public. A fiery orator and self-appointed expert on managed care, Mr. Romano has written many articles and given hundreds of speeches on benefits. (He says he usually waives his speaking fees.) He gives patients and audiences a book he published on the legal rights of the catastrophically ill and injured, and runs a toll-free fax service to field inquiries from families, doctors and other lawyers.

While all this educational work undoubtedly makes for good publicity – Mr. Romano estimates – that he generates as much as a third of his referrals from such efforts – many other lawyers and even doctors say the work is indeed valuable. “He’s a good neuro-lawyer,”  says George Zitney, head of the Brain Injury Association, where Mr. Romano attended seminars on brain injuries and now helps train other lawyers. Brain injuries are an important part of Mr. Romano’s practice, because they can affect victims in mysterious ways, which may be difficult for managed-care decision makers to fully understand.

“My wife tells me my life is consumed by the law,” says Mr. Romano, who took no summer vacation this year. He says he works 80-hour weeks and spends much of his free time reading up on medical cases. He has no children. “I always say my children are my cases,” he says.

Mr. Romano traces his interest in fighting the powerful to his childhood. He grew up in Norristown, a small largely blue-collar city outside Philadelphia. His father was a milkman while his mother worked at a school cafeteria. He got his first job at 11 as a golf caddy, and continued working through his teens as a waiter.

After putting himself through Ohio Northern law school in Ada, Ohio, he started out as a trial lawyer in 1977. “A small individual can be David and slay Goliath because of the jury system, and that always appealed to me, to represent the David,” he says.

One Sunday, Mr. Romano saw a TV public-service announcement for what was then called the Brain Injury Foundation. “I ran and got a pencil,” he says, and soon began attending the foundation’s seminars to learn more about the field.

Such training helps Mr. Romano argue against doctors in cases like Dennis Blanton’s. An auto accident had left Mr. Blanton with severe head injuries and hearing problems. But his auto insurer, Erie Insurance Group of Erie, Pa, declined to pay for hearing aids, saying Mr. Blanton’s hearing loss was insignificant and unrelated to his accident.

Mr. Romano asked Erie to review the decision, hired brain-injury specialists to evaluate Mr. Blanton and sent the specialist’s reports to the independent doctor carrying out the review. The result: Erie agreed to pay for the hearing aids.

Erie declined to comment on the specifics of the case. “From a general insurance standpoint, I see a lot of instances where people don’t need to hire a lawyer to settle their claim,” says Keith Lane, vice president of corporate communications at Erie. “It adds cost, it adds time and it takes money away from their settlements.”

But Mr. Blanton disagrees. “A layperson cannot get through the insurance system,” he says.

In addition to shepherding Mr. Blanton through the system, Mr. Romano sued the driver of the car that hit Mr Blanton and got a settlement from that driver’s insurer – also coincidentally Erie.

Since then, Mr. Blanton has made progress. Formerly a “walking dictionary” who disdained his computer spell-checker, he lost his spelling ability in his accident – but now he has learned to spell again. He believes it is thanks to Mr. Romano that he has had the help of specialists in cognitive and eye therapy and round-the-clock care.

“The gift that Joe had was he knew my rights,” says Mr. Blanton. “I would never have known what to do, especially in my condition.”